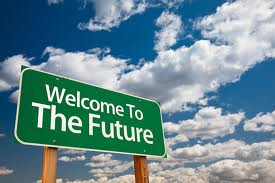 I was sitting around trying to decide what I wanted to make for dinner. It came to me in a flash! I made sweet and sour pork which is Sue’s favorite meal. Certain there was no pineapple in the house, I jumped into the car and headed for the local grocery, eight miles away. On the way I tuned into the PBS station. XM radio, what amazing technology! As I am cruising down the road, a futurist (a person who tries to see what will happen in the future, and more important, gets paid for it) from the Google Corporation was talking about self-driving-cars. He discussed cars in the near future could travel from one place to another using existing roads much faster, much safer and much more efficiently than anything possible with mere mortals at the wheel. He presented the fact that nearly 30,000 people die each year in automobile wrecks, not to mention the number of chronic injuries. With computers running the show, that number would drop to close to zero! Of course there will be glitches, as in all new technology. Many of us will be very upset if the computer malfunctions and someone dies. Conceivably these deaths could be counted on one hand as compared to those 30,000 deaths we are responsible for. Let’s face it; walking down the basement steps has its share of risk. I wonder how many people die each year slipping and falling down steps.
The Google engineer felt that the self-driven vehicle would be available to the general public in five years. I am not sure we are ready to give up the wheel to a cold, unemotional device capable of making rational, unbiased and accurate decisions a thousand times faster than we. The car is such an iconic piece of machinery today; it fosters the illusion of freedom and self-reliance. Many drivers dream of going down the road in their up-scaled, flashy red sports car with the top down, the warm wind rushing through their hair and the open road in front of them. I am sure the computer would put the top up to save fuel and wrestle the steering wheel and gas pedal away from us, all in the name of safety and efficiency. The automobile is simply one of many devices that will eventually be controlled by a small computer chip; it just happens to be the one we are in love with.
The real issue in this scenario is not who is in control but rather which intelligence is being used more. Driving a car does not take a large intellectual effort, but it does require intelligent involvement. During a trip to the market, one must watch the road for all kinds of potential hazards: crazed drivers, teen drivers, deer crossing, road debris, and as the Google engineer referred to them, unexpected events. In addition to all that, one must monitor the speed of the vehicle and operation of the vehicle, gas gauge, road signs, destination, a cup of coffee and cell phones usage. Have you ever watched the people in a mass transit vehicle? There are a few people reading books and newspaper, but the majority of the people are simply staring off into the distance with their brain on pause. In other words, they are not utilizing any part of their brain. Despite the fact that computer-controlled cars will be beneficial to everyone who travels any distance at all, they will make us a little bit dumber in the long run. I am sure you remember when most of us could add, subtract, multiply and divide numbers in our head; not any more! Today most of us run for a calculator to find the answer to a problem we once did without hesitation! So the calculator, which was a great invention, made the general population a little bit dumber.
The Disney movie WALLY takes the idea of computer-controlled environment to the nth degree, telling us about a society that has deteriorated to the point of near total complacency. This culture never leave their lounge chairs as there every need is taken care of by an army of intelligent robots. I think it is important for me to clarify that I LOVE TECHNOLOGY! I love my computer, cruise control in my car, digital recording devices, smart TVs, power windows in my car, satellite TV and anything that keeps me from wasting time doing unnecessary mundane chores! The important question here is this: where does it stop? When does my body simply becomes an organic blob sitting in a chair, not thinking, not doing, just eating and breathing while a computer chip takes care of my every whim? It is my conviction is that our species tends to settle to its lowest energy state: in other words, the least amount of work possible. I would write more on this interesting subject but my brain is getting tired and so I am going back to my lounge chair to watch some mindless football….

Was thinking about things and came up with this thought.
“Friends are like flowers, if you don’t water them they die.”