For long time I have made the statement that there should not be laws to protect any specific group of people, but laws that protect all people from other people! This includes white people, black people, brown people, red people and if the genetic biologist have their way in the future, purple people. We are all part of the same species. Sure there are minor difference based on our point of origin on the planet but we are all human beings!
My title really says it all. 99% of us are simply struggling to make it from day-to-day and in many parts of the world, it is more like minute to minute. I know this sounds like conspiracy theory stuff, but the truth of the matter is the very wealthy one percent of the world’s population controls the lives of 99% of the population. The one percent do not care what color your skin is as long as you do not interfere with the flow of money and power to them. The tricky thing for the wealthy is to create a scenario where there is just enough chaos to keep the general population on the edge of civility but not journey down the road to anarchy.
So if what I propose is correct, why is there so much apparent racism in our world between us in the 99%? There are a number of factors involved here, first there is the idea that there may be such a thing as a genocide gene. Some biologist have proposed that there is a genetic predisposition for some species to eliminate anything that it perceives as different from themselves to help ensure its own survival. This would explain why we tend to practice so many forms of racism, and genocide is so prevalent around the world. Second, humans seem to unit together when they feel threatened by something different or new. Hitler used the Jews as a receptacle of hate and united the German people in what turned into a world conquest attempt. My father, as a boy, hated other non-German Catholics, later learned to hate black people, moved on the Mexicans and finished his life out hating Asian’s. In the end, I think he hated anyone who was not white or German Catholic!
When I was a teenager, I visited my grandparents in Pennsylvania where my father grew up. It was a small coal town in the hard-coal area of the state. In this cute little town there were at least four different Catholic churches which were made up of German, Italian, Hungarian and Polish Americans. Having been raised Catholic, this seemed strange to me, how could all these Catholics have different churches. What was really strange was they practiced a form of racism between the different churches! I was told by my new friends that the Germans do not hang out or date the Polish and this attitude existed between all the churches! If Christ were to return to this planet and witness this kind of behavior, I think he would get sick to his stomach! He may call God and ask him for the next flight back to heaven! (skip the cross, that was painful and apparently that did not work the first time)
So what is the answer? Maybe there is no answer. Maybe this is the way we are. Ever since we bit in that “fruit of knowledge” things have gone downhill. Lets face it, humans with knowledge is like a toddler with a loaded gun, we may shoot ourselves or some innocent passerby!
So to close this sermon, I would like to offer some simple advice to anyone willing to listen. In the bible Mathew says it best, “Thou shalt love thy neighbor as thyself”. There is no mention of what color your neighbors skin is. This sounds like a good starting place to me even if I am not religious. 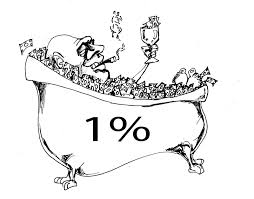 These are three words that one may not often find together but here I am at 4:04 in the morning writing them down. This may come as a surprise to my readers but sometimes I come up with crazy connections like these in the middle of the night. At this point, I am sure some of you are asking yourself, why am I even reading this, or what in the world is he talking about. Well, here is the physics part: When a ball is dropped from a height, it starts at zero velocity and begins to accelerate towards the floor. Because of gravity, as discovered by Isaac Newton, the ball will accelerate to a high rate of speed in a relatively short time, and if not for air resistance would continue to accelerate until it hits its gravity source. In our scenario, the ball eventually encounters the floor and after losing some energy during the impact, which is where the elasticity comes in, reverses direction and begins to travel up towards where it began its journey. As it travels upwards, its speed decreases quickly until it is traveling at zero velocity where it reaches the hand that dropped it. If the ball is not caught at its peak, it will stop, reverse direction and begin its second decent to the floor, repeating the same events that occurred the first time. This process will continue with the ball decreasing its achieved height a small amount each time until it simply lies on the floor.
Now take this analogy and apply it to civilizations as they move through their natural development and to their eventual demise. Civilization begins with a sudden rush of energy as a new concept of governing or commerce evolves. This is the release of the ball from the hand. At this time everyone is excited, ready to work hard to achieve their goals. This is analogous to the ball that was dropped, accelerating towards the ground, losing potential energy and gaining speed until it hits its first obstacle which causes a change in direction, a rethinking of goals and the beginning of the climb back to the glory days. As society ages this process repeats itself over and over again until all the energy is gone and the proverbial ball is sitting on the floor.
The interesting idea here is that it seems we are definitely ready to hit the floor in so many ways, which to the optimist means that we will soon to begin a climb back to some standard of excellence. Said another way, it can’t get much worse so it has to begin improving soon.
Let’s all keep our fingers crossed!

As I was driving home the other evening, I saw a young man walking along Route 29 with a large backpack strapped to his back. I could tell by his gear he was a serious traveler. I pulled over and asked him if he needed a place to camp and he quickly replied “Yes.” We loaded up his pack in the back of the truck and headed the short distance to my home. In very short order I became very comfortable with the traveler who I learned was Dave. When we arrived home I told him he could camp out in the backyard, stay in the tree house or in the guest bedroom of which he choose the latter.
After some small talk I directed him to the shower which he greatly appreciated. A while later he emerged clean and relaxed. Sue was making stir-fry and soon we all sat down and enjoyed dinner. It did not take long to realize that Dave was a thinker and philosopher. Our discussion quickly grew in-depth and soon we moved outside to enjoy a beautiful evening on the deck. We talked of science, space, time, religion, and so many topics it is hard to remember them all. After several hours of intense conversation we both decided it was time for bed.
Whenever I meet interesting folks like Dave it reminds me of the rewards one can experience through our fellow-man. For me it was a simple decision to stop and offer this traveler a place to stay like I have done so many times before. I can safely say that the people I have met over the years in this fashion have made me and my family richer people for the experience.
Dave is walking to California to find a new life. He has decided to use Route 50 as his trail. He will be leaving Augusta soon to continue his journey west. If you see him walking along Route 50, stop and chat or offer him a place to stay. You will not regret it.
You can follow Dave’s exploits at
http://www.davidtylercollins.com