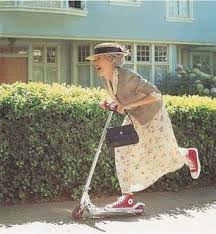 There is nothing as final, for us insignificant humans, as death.  It comes in all shapes, sizes, colors and shades.  Sometimes it comes slowly, dragging on for years and sometimes it sneaks up on us with absolutely no warning.  As I approach 70, I see the increasing need to utilize as many living moments as possible.  I refuse to live this life with one foot in the grave, constantly wondering about this magical afterlife where there are no taxes, disease, indigestion, nagging spouses, flat tires… oh the list is endless!  I choose to live in the present and utilize as many opportunities as life presents.  This approach may lead to some uncomfortable situations but the rewards from seizing the moment are usually worth it.  It is so easy to say no to new opportunities.  These opportunities are generally scary in nature and may lead us to places we did not expect to go.  But don’t you see, these are the places where the blood flows a little faster and the heart beats a little stronger,  these are the places where life is lived! 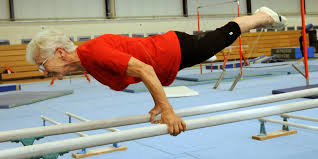 I hear people say, and I am sure I have said it myself, that people in general are a pain.  It would be much easier to live alone in the woods and never see another human.  Yes, this would be easier, but with the bad comes a whole lot of good.  Life is not about things!  It is not about cars or houses or beautiful clothes. I am certain you have either said this or heard it in your day to day travels.  Life is about people and the endless interactions we have with them if we choose. The happiest people I know are the ones who have many friends and are not afraid to try new things even when it is a little scary.  Scary, within reason, is good!  It makes you feel alive!  So, snap out of it, turn off the TV, and when an opportunity presents itself, grab it like there is no tomorrow, because quite honestly, there may not be a tomorrow!  This life is a one-way ticket, sort of like going to the amusement park for the day.  You are in this big amusement park we call life, and you are the boss, you decide what rides you want to ride. Don’t leave the park without having experienced the whole thing.

Thanks to the media, many of us already know a great deal about Artificial Intelligence (AI).  Some of the innovations we have seen in movies are scientists working hard to make robots that look and act human, cars driving themselves, factories needing less humans to function, phone calls from robots (BOTS), intelligent phone answering machines,  sex robots, virtual reality programs and the list continues on.  What does this mean to humanity?  What is our purpose if AI does all the jobs that we have always done?  In the near future McDonald’s and all the other fast-food places will produce food with robots and not teenagers.  I’m not sure how you feel about this, but I personally am relieved that hormone-charged adolescents will not be making my food.  We humans have been through many apocalyptic changes in our existence.  We survived the industrial revolution, although its continuing effect on the environment is still lurking in the shadows. We survived the nuclear age so far.  We survived the black plague with virtually no medical knowledge.  We have survived two world wars.  We even survived the last ice age.  In the end, although excruciatingly painful to our human family, many of these calamities have made us stronger as a species.

Today we face a new obstacle, Artificial Intelligence.  We are now staring into the eyes of the most serious threat that we, as custodians of the earth, have ever faced.  The very essence of what life is could possibly change.  The melding of AI and humans is in its infancy and moving faster than is probably prudent.  Some futurologist think that this is an evolutionary step where man melds with AI to become smarter, stronger and more resistant to the whims of the universe, therefore more likely to survive.  Some of the smartest and most successful people in the world are now telling us to move cautiously into the world of AI.  Elon Musk, owner and creator of Tesla and Space X, says, “AI is man’s biggest threat”.  When one of the smartest men in the world says AI is man’s biggest threat, I think we should probably listen to him!

So why is AI a threat to humankind?  I think the best way to explain this is with my chocolate peanut butter analogy.  A TV commercial several years ago depicted a man walking down the sidewalk engrossed in his peanut butter jar.  Unbeknownst to him, a fellow human was walking towards him immersed in his chocolate bar.  Both men were so involved with consuming their particular food that they failed to see each other and collided.  The one man says to the other in an irritated way, “you got chocolate in my peanut butter!”.  The second man responds, “you got peanut butter in my chocolate!”.  Together they both bite into the combination created by the collision.  As they look at each other in amazement and smiles form across their faces, the words come across the screen: REESE’S PEANUT BUTTER CUPS.  No, I have not lost my mind, there is a connection.  AI could not create the concept of a Reese’s Peanut Butter cup, only we can.  Computers do not make these kind of mistakes.  They may lose files, break down or a multitude of other things we have become all too familiar with, but they will not generate new ideas!  New ideas often come from mistakes.  Please do not misunderstand me, computers are capable of solving problems with immense numbers of variables.  In the last year or so the program called WATSON, made by IBM, looked at all the data created by the city of Chicago and solved the rat problem. Now the computer tells the RAT PATROL where there will be a problem and dispatches them to prevent it.  ( IBM’s Watson, the Jeopardy-beating “thinking machine,” is studying to take the federal medical licensing exam. It’s doing legal discovery work, just as first-year law associates do, but faster. It beats humans at finding lung cancer in X-rays and outperforms high-level business analysts.)  Without computers, some of our most sophisticated airplanes would not even fly. They are too complex for the human mind to keep up with the variables that arise in flight.  So, back to the original question, why is AI a threat?  The letters AI should give you a clue, Artificial Intelligence.  We are currently the only intelligence occupying this planet.  There is no competition.  We decide what stupid thing we are going to do and generally do it with little regard to its impact on the world.  Assuming that AI emerges and develops a rudimentary understanding of right and wrong, and cares about the planet as a means of self-preservation, then it may well decide that it is not going to let us do something stupid!  More and more there is talk of using AI in military situations. What if the AI decides it does not want to take the lives of a group of people?…or, what if it decides that people are extraneous?  To bring this all together, like the peanut butter cup, many of man’s greatest ideas came about from an accident.  We are imperfect and that’s what causes us problems and also makes life more interesting.  AI will not make mistakes and may have little tolerance for them.  We may become obsolete or even worse, a nuisance!

Oh my, this is getting scary.  Are you beginning to see the problem?  AI could lead to a smart, exciting future for mankind or it could lead to one of those horrible movies where the computers take over the world.  Movies like Terminator, I- Robot, The Matrix, Eagle Eye, Ex Machina, Her, Transcendence, Robocop or The Day the Earth Stood Still, are sci-fi stories that reflect different futures with AI.  They range from horrible for humankind, all the way to rather inconsequential to our existence,  but make no mistake, AI will change the future in ways we cannot yet imagine.

Sometimes when people talk to me about my articles they ask me if I have any answers and I usually say, I don’t think so. In a world controlled more each day by corporate interest and less concerned about the human condition, I have a hard time seeing some light at the end of this tunnel.  I guess my best advice is to grab your ankles and hold tight.  It may be a bumpy ride.